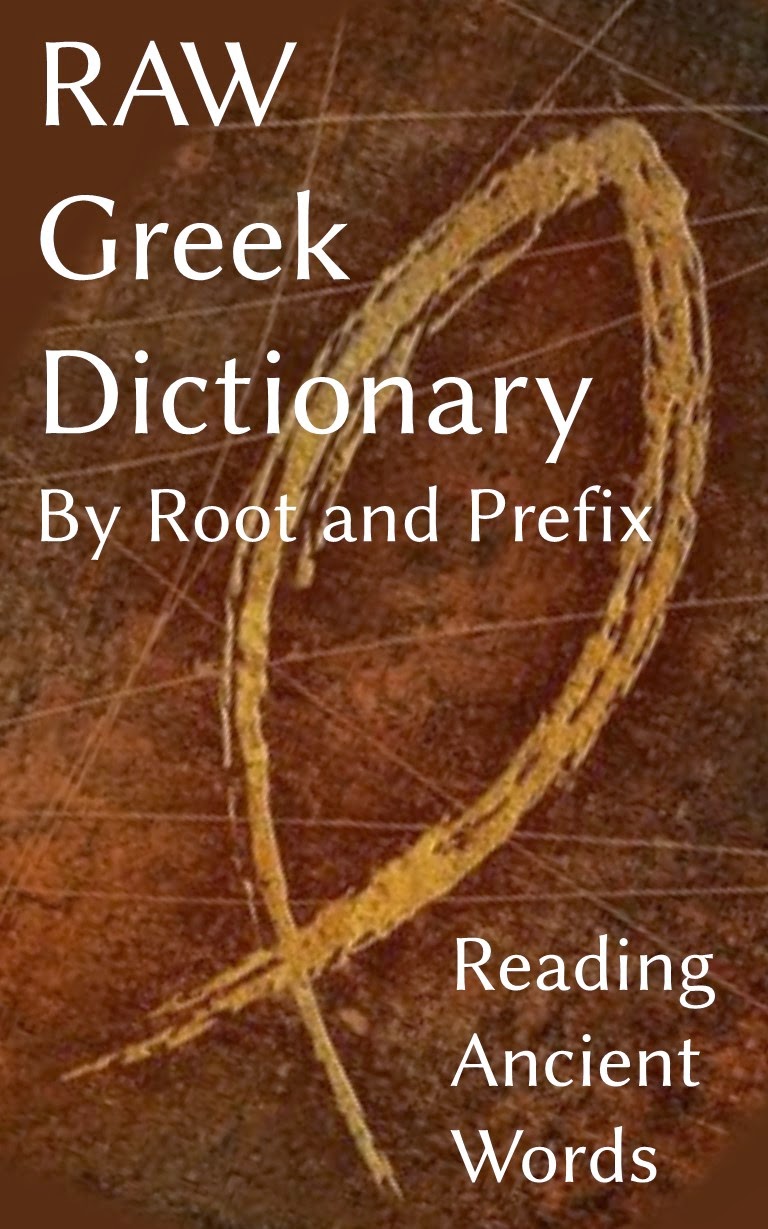 
Also available on Kindle and in the Kindle App for PC, Mac, iOS, Android


My Greek Bible study was incomplete--until I compiled this dictionary.

I knew that two different Greek words are translated "love": philia and agape. I knew how to search for each one.

What I didn't consider was that each root had different forms: noun, verb, adjective. Then there were prefixes that enhanced and often changed the root. And then the root might be added to another root. Do you hear philia in philosophy, philanthropist, and Philadelphia?

I had to broaden my search. This meant poking around through the digital dictionary to find all the forms. That got old, fast. Look up a word in a normal dictionary, such as Strong's or Thayer's, and you'll get that one word.

Look up that same word in RAW Greek Dictionary, and you'll find:

With one glance, you see all the uses of the root sophia.


Root alone, as a noun, verb, and adjective
Root with prefix a meaning "not" and kata meaning "according to"
Root with another root, philo "friend"

Now you can do a complete search for all seven words that have the root word "wisdom".

Back to the first example, "love":


agape is used only as a root (verb, noun, adjective)
philia is used in 39 words, usually with another root!